The Teeter Commitment to Quality

Roger Teeter once suffered from debilitating back pain. He pursued the usual route of doctors, chiropractors and back care gadgets, but nothing worked. As an avid water skier, Roger knew that he could not continue to pursue his passion unless he found a solution. In 1980, at a water ski tournament, Roger discovered the newly emerging trend of inversion therapy.

Inversion therapy was the only solution he'd ever found that gave him relief from his back pain. Roger Teeter began sharing his story and discussing inversion with his friends and family. Before long, Roger was using his engineering background to develop inversion equipment that he could share with the world. In 1981, Roger Teeter and his wife Jenny started the company STL (Sky's the Limit) to begin manufacturing and distributing inversion products.

Like Roger, many people began discovering the benefits of inversion therapy in the early 1980's. The marketplace became flooded with inversion products of every make and model, many of them unsafe and unreliable. As a former Boeing engineer, Roger Teeter recognized the importance of quality materials and superior design. He would not settle for making just a good product – he set out to create the best product, one with which he could proudly associate the family name, “Teeter.” 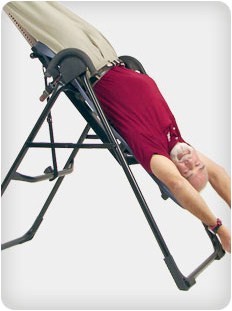 What sets Teeter products apart from other inversion therapy equipment?

Tailored Nutrition That Brings You Back to Balance