There are no reviews yet.

Be the first to review “Intelligent Water (I H2O)” Cancel reply

Following the disastrous nuclear meltdown at Chernobyl in 1986, a team of highly respected Russian scientists was sent to investigate a remote mountain region which was somehow spared the effects of the radiation. The region was famed for its healing springs, and in the village where the springs were located, nobody had contracted cancer or radiation sickness.

When the scientists, led by Dr. Igor Smirnoff, studied the water, they discovered nothing unusual whatsoever in its mineral or chemical content. When they looked deeper, however, and studied the actual arrangement of the molecules themselves, they made a landmark discovery.

Normally, water molecules bind together randomly and form large loosely arranged clusters. This is because different types of bonds are possible and the weaker type, a sort of sideways bond, is common. In the spring waters observed by the Russian scientists however, only the strongest bonds had formed, and the molecules were actually arranged in long chains rather than clusters. This was significant because the aquaporin which admits water molecules into a human cell has a width which can only accommodate a single molecule at a time. Hence, clusters are prevented from entering a cell readily, whereas the single molecule thickness chains could be drawn in right away, all at once, providing far better hydration than normal water ever could. People's cells were being flushed and cleansed so efficiently that no toxin stood a chance of persisting, not even the fallout from the worst nuclear meltdown in history.

Dr. Smirnov spent the next 15 years trying to figure out how to replicate the effect of those healing springs, and eventually discovered that he was able to do so using noise field technology. He found that when he exposed water to a noise field, the very subtle vibration was enough to break the weak molecular bonds while still allowing the strong ones to form. This effectively caused the clusters to break down and the chains to form.

This groundbreaking technology, invented by Dr. Smirnov, involves a patented high-tech polymer that emits a noise field when it is exposed to electromagnetic frequencies. This is dramatic because other research being conducted at the same time has found that noise fields have the capacity to render an electromagnetic frequency harmless to human cells. In fact, the U.S. military declassified a technology after the first gulf war that involves using active noise field generators in all long-range transmitting devices, in order to keep soldiers and radio operators safe from the harmful effects of long term RF exposure. When this came to light, Dr. Smirnoff's passive noise field emitting polymer began to be seen in a new light. Further research then led to the development of small chips designed to be used with cell phones, cordless phones, wireless internet, etc. More information about this can be found on the EMF protection page.

The technology is called Molecular Resonance Effect Technology (MRET), and further research with the MRET activated water has yielded dramatic results. Some of the amazing properties of this water are:

Psoriasis, after 21 days of drinking and spraying MRET activated water

"I have had psoriasis most of my adult life. After thousands of dollars of medical treatments (mainly topical steroid creams), nothing has helped more than i-H2O. It's important to treat Psoriasis systemically (through the body), to clear what appears on the outside. Thank you i-H2O!"

"I get teenage acne at the young age of 63! Last week I had 12 bumps on my face that were very tender and sore. I purchased the i-H2O system and began spraying my face throughout the day and night. When I awoke the next morning, the bumps were gone and my face was soft with no pain or tenderness! These bumps normally take a long time to disappear. I am EXCITED about these results!"

"I've been drinking i-H2O for four months now, and a few weeks ago my lymph nodes became sore and my skin started smelling like cigarette smoke. I haven't smoked a cigarette in over 14 years! Needless to say, I am thrilled to be getting those toxins out of my cells at long last. Thank you i-H2O!"

"As a way of monitoring my health, I am in the habit of checking my pH every morning when I wake up. Three days after purchasing my i-H2O system, I was delighted to note that my normal reading of 6.5 - 6.7 had changed to 7.2! That was three weeks ago, and now I can genuinely say that drinking the i-H2O has balanced my body's pH significantly."

"I had seen how MRET works on my dear wife. She used to suffer from severe migraine for many years. After drinking MRET water for a short period, miraculously her migraine was completely healed. My whole family and many of our friends and loved ones have benefited tremendously from your wonderful invention. On behalf of my wife, my family, and all my friends, I earnestly thank you for your good work."

"I had seen how MRET works on my dear wife. She used to suffer from severe migraine for many years. After drinking MRET water for a short period, miraculously her migraine was completely healed. My whole family and many of our friends and loved ones have benefited tremendously from your wonderful invention. On behalf of my wife, my family and all my friends, I earnestly thank you for your good work."

"I contacted severe Atopic Eczema last year. My skin was inflamed, dried and irritated; it was very itchy and painful. I had to stay away from the air-conditioned environment as it only added to my suffering. Constant visits to both western and Chinese physicians did not help much, as most medications were steroid based. When I was introduced to MRET, I was skeptical because I thought it was another water filtering device. However, due to my friend’s persistence, I gave it a try and was amazed by its phenomenal results. The inflammation subsided after 2 weeks of drinking and clearing my body with MRET water. I was totally cleared of Eczema within 6 weeks. My sincere thanks to the inventor (Dr. Smirnov) of MRET water system."

"My 17-year-old cat was diagnosed with hyperthyroidism and going into kidney failure. The first round was antibiotics and thyroid meds. She just kept getting worse and down to about 2 or 3 pounds. I even called the vet to put her down, but something inside of me said, not yet. I put her on the MRET water and almost immediately, I could tell a difference. Now, 4 months later, she weighs about 5 lbs, runs around the house, uses her kitty box and goes out side...a normal cat. Her loving nature returned. Angel is back! The only thing that I did differently was the MRET water. I know that the water, combined with loving energy is the reason she is here."

" I feel that after drinking your MRET water my Hepatitis C was eliminated from my body. As you can see from the test that my AST and ALP enzymes are back to normal from using the MRET unit for only five weeks. Thank You."

"Yesterday I cut an avocado in half and then sprayed i-H2O on it. I put it in the fridge and today, 16 hours later, that half of the avocado is still bright green! Avocados always turn brown after a short period of time. I call it 'Magic Water'!"

"This is a testimonial on the effects of MRET water on my mother. My mother is 81 years old, bedridden from a stroke and suffering from diabetes as well as kidney problems. She also has water retention due to the body's inability to absorb liquid as well as medication that was prescribed, her face, hands, and feet were bloated. Due to her condition, she is looked after in a nursing home with constant medication. I came to know about MRET Water System from Dr. Igor Smirnov this year, and he told me that MRET resonated water will help my mother in terms of enhanced nutrient transport and cell hydration. I put her on MRET water for a period of 10 days. Then I fed her with milk and medicine together with MRET water. I was surprised to discover that her bedsores had dried up and her water retention problem has also disappeared! Her condition improved tremendously and her general health has also improved. I strongly believed that MRET water has saved her from becoming worse."

"I got a stroke and could not move. I had to lie down in bed for more that three weeks. I was tired and my legs had no strength. My family heard about Amazing MRET. I tried it and have drunk it ever since. Now I can walk as normal and active than ever."

"My hair has been silky smooth since I've been spraying it with i-H2O after I get out of the shower. I no longer need all of my expensive hair care products that I used to use! My hair feels and looks better than ever!"

"Our family got MRET Water Activator in May of 2006. First, we tried to irrigate two identical baby-plants of Yellow Begonia with regular water and with MRET activated water. Begonia irrigated with MRET water was much stronger, better looking and flourished by 1 month earlier than Begonia on regular water. Further, the plant on MRET water was covered with flowers until the first cold days in October, it had much more flowers and for a longer period then Begonia on regular water."We have a lot of domestic plants and all of them dramatically enhanced their living cycle after we started to irrigate them with MRET water. Even cactuses, which flourish at home in northern countries very rare, started to flourish 2-3 times this year. The green color of plants' leaves became more intensive and the growth of plants accelerated. In addition, we noticed that the flowers in a vase with MRET water keep alive for a couple of weeks."MRET water is very beneficial for pets. Our 11 old small dog "pickiness" Lucy a couple of years ago was diagnosed with chronicle pronephric and nephrosclerosis. About 3-4 times a year Lucy suffered a lot during the periods of aggravations and we had to put our dog on strong antibiotics in addition to homeopathy medication. During almost a year Lucy drinks only MRET water and takes its homeopathy on a regular basis. All the time our lovely dog did not suffer from kidney colic and her medical tests significantly improved.

"I believe that MRET activated water enhances metabolism and stimulates the immune system. During the epidemic of flue in St. Petersburg, a lot of our friends got flue but no one member of our family (4 people) got sick. One of the members of our family got release from heartburn due to regular consumption of MRET water. Following my experience, I can say that MRET water creates some kind of unique protection mechanism against flue, other infections, enhances the function of digestive system, and improves health conditions and physical state in general.

"We drink MRET water and also use it for cooking, tea, coffee. We activate milk in order to enhance its taste and shelf life. WE use MRET water for cosmetic purposes in order to look younger. We are happy to get such wonderful device as MRET Water Activator and we are extremely grateful to its inventor, Igor Smirnov."

This study concluded that MRET water inhibits growth and metabolic activity of E. Coli in an aerobic environment, while also showing that it increases and facilitates complex microbial associations required for digestion in the human intestines.
- Kiev Institute of Microbiology and Virology, Ukraine, Russia

MRET Water Effect of Seed Germination and Growth of Plants

This study shows how a patient's white blood cell count rebounded to 93% of normal in 3 days rather than the typical 3-4 weeks.
- Cedars-Sinai Medical Center, Los Angeles, U.S.A. 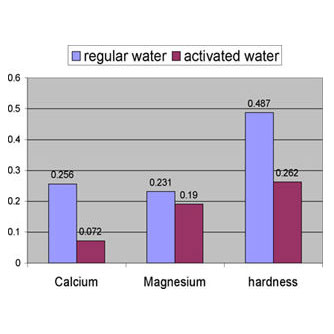 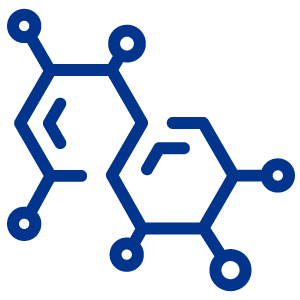